Excerpt: In the grand scheme of things, it is still the best mode of mass communication, here’s why:

The internet and social media have overshadowed printing as a medium, but it still gets things moving in the political landscape in ways most of us have taken for granted. Since the beginning of civilization, printing has always played an integral part in sending a message, and it has been the most efficient and straightforward form even until today.

Local governments and politicians usually hire a third-party provider to fulfil their printing needs, and the process involves long deliberation and bidding with multiple vendors. With that said, it cannot be stressed enough how printing plays an important role

These are commonly used for government construction projects, and they’re mostly customised following certain safety and printing guidelines. Government buildings and public spaces, such as public parks, leisure areas, public libraries, and government office buildings, are where these signs are commonly planted. Other purposes also include wayfinding (signages for directions), awareness message boards for certain advocacies or government campaigns, and instruction signages.

RECOMMENDED: The Role of Print in the Food and Beverage Business

Government regulations still demand a paper-centric environment, thus the public sector as a whole is still significantly paper-intensive. While it may seem like paper printing is becoming obsolete, even the younger generation of government employees today still rely heavily on printed documents because it plays an important role in recording, keeping recording and auditing. Physical records are still as valuable as they are since.

It’s a given that government offices print documents and paperwork daily in an overwhelming quantity. For typical office work, regular printers can do the job. Other branches of the government require mass printing and binding of various documents, which can’t usually be done in house.

Aside from the actual printing demands of a local government office, efficiency of the printing process and network security is. While regular office printing may not warrant professional assistance in mass printing, managing the whole printing process of an office should be managed by experts.

RECOMMENDED: How can Print Improve your Events

Official ID or document cards are provisioned by local governments, and this can require heavy investment in equipment and materials. The extent of the printing work will depend on the target population of the ID card to be printed.  Health cards, driver’s licenses, voter registration, and national identity cards, are usually national-level tasks and are done through centralized printing.

RECOMMENDED: 4 Design Tips for Creating your Own Business Cards

While digital is now massively important in information dissemination and promotion, prints still play a more impactful role. Creating something more tangible and physical allows people to feel a message or the presence of a person. That’s why billboards and pamphlets are still a thing. For small prints, people can easily hold them over their heads or pin them to their walls and desks if they wish to.

All print ad carriers are physical and experiential, including journals, magazines, catalogues, and newspapers. In general, human-print interaction is focused mostly on the tactile contact experience.  Print exists in the physical world, and consumers can interact with them. This is also why local governments are still extremely paper-reliant at the end of the day.

TV and online advertisements aside, politicians still go back to printed campaign materials come election season, whether they like it or not. Billboards, flyers, brochures, and other printed mediums still have a better real-world impact than digital prints. Digital advertising misses several key sensory and emotional elements that print advertising provides. Simply put, print creates a more emotional and natural connection with the reader.

RECOMMENDED: How Prints Remain Significant in The Age of Digital Events

A tweet or a status update has a significantly shorter shelf life than a print product. Direct mail, rally fliers, and platform slates can sit on desks or bulletin boards for months. This extends the life of political marketing campaigns. Direct mail is very effective in this sense.

According to research conducted by the United States Postal Service, the average consumer spends 30 minutes reading mail. People appear to devote a significant amount of time to reading sent marketing materials, based on the amount of time they devote to them. Furthermore, recipients respond more quickly to direct mail goods. The same study reported that 79 percent of consumers immediately take action in response to physically mailed marketing materials compared to emails which are only 45 percent.

PrevPreviousHow Can Print Improve Your Events
NextRestaurant Menu Design: How to Catch the Character of Your Restaurant in Your MenusNext

Colour Printers is a full-service printing company that blends innovation and technology to attain results for its clients with the fastest turnaround time. Our personnel understand the subtleties of print, and settle for nothing less than perfection. We believe in “if you can think it, we can print it.” Whether its books, flyers, cards, banners, posters, or promotional items, Colour Printers is your one stop destination for all printing services. 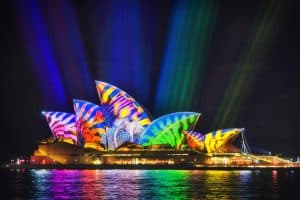 The Adelaide Festival of Arts 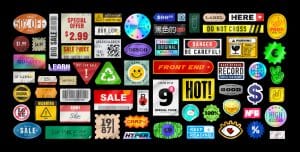 Add Value to Your Brand With Stickers & Labels 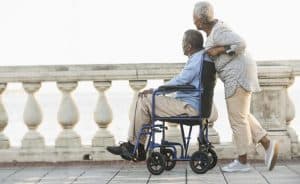 Never miss out on any update from us.

Colour Printers is a full-service printing company that blends innovation and technology to achieve results for its clients with the fastest turnaround time.